Columbia Memorial Hospital is committed to providing compassionate health care in a healing environment, and to providing leadership to improve the health of the community we serve. We are a full service, 25-bed, Critical Access, not-for-profit, Level III Trauma Center, Planetree affiliate, hospital located in Northwest Oregon where the Columbia river meets the Pacific Ocean. We have served the people of the North Oregon Coast since 1880.

Astoria offers a rich history for your exploration. Captain Robert Gray first visited Astoria in 1792, and by the Lewis and Clark Corps of Discovery in 1805 that stayed through 1806. In 1811, five years after the departure of Lewis & Clark, John Jacob Astor, a New York financier, sent fur traders aboard the ship Tonquin to establish a trading post. They built Fort Astoria on a site now preserved as a monument in the downtown area.

Within a 20-mile radius, one can see dozens of exciting attractions including the Fort Clatsop national memorial, Fort Stevens State Park, Fort Astoria, the Heritage Center Museum, The Astor Column, and the Columbia River Maritime Museum. The Museum is very interesting as the Columbia River has been the site of 200 shipwrecks and is known as "the Graveyard of the Pacific". One ship, the Peter Iredale of 1906, is still visible on the beach at Fort Stevens State Park. 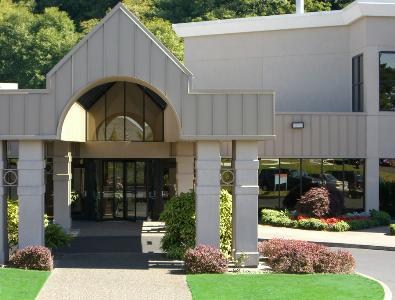 Columbia Memorial Hospital in Astoria, Oregon has a service area of over 60,000 and is a well known