Avera Heart Hospital of South Dakota opened in 2001 designed and equipped to support the cardiovascular caregiver in the pursuit of a better way to provide cardiac care. The hospital has 3 cath labs, 3 surgical suites, and 55 critical care beds in private rooms fully equipped to meet the special needs of cardiac patients from intensive care to step-down care. 700 heart surgeries and 1100 interventions are performed annually in this state-of-the-art facility. The hospital is a cooperative venture between Avera McKennan Hospital, North Central Heart Institute, and MedCath, Inc.

Avera McKennan Hospital & University Health Center is a member of Avera Health, a regional family of more than 150 healthcare facilities in the five-state region. With over 8000 employees, Avera Health serves over half a million individuals each year at facilities known for medical excellence, technological innovation, and a commitment to meeting the spiritual, emotional, and physical needs of all patients. Avera McKennan Hospital is a 490-bed, non-profit, Catholic facility and the regional referral center for the Avera Health System and surrounding five-state area. The referral area includes South Dakota, Minnesota, Iowa, Nebraska and North Dakota and encompasses a population of 800,000. The hospital offers a full range of services including Careflight airplane and helicopter air ambulances, Level II Trauma Center, open heart surgery, the region's only program for kidney, pancreas and bone marrow transplants, one of the finest birthing centers nationwide with perinatologists on staff, Level III NICU with neonatologists on staff, PICU with pediatric intensivists on staff, CARF accredited rehabilitation services and a full spectrum of mental health care.

COMMUNITY
Sioux Falls is South Dakota's largest city with a population of 200,000. The city has been judged by Money Magazine as the "best place to live in America" for its quality of life, including low crime rate, high quality education, clean air and water, lack of traffic congestion and friendly residents. Because the state has no personal income tax, no corporate income tax and no business inventory tax, over 3,300 new jobs have been created recently as a result of the influx of new businesses and expansion of existing businesses. With its diversified economy, Sioux Falls has become one of the region's strongest financial centers.

EDUCATION
The city is a great place to raise a family. The public school system offers an array of educational opportunities, with 22 elementary, 5 middle, and 4 high schools. There are also 13 private schools affiliated with various religious organizations. The post-secondary opportunities include five colleges, nearby state universities and a number of business and vocational schools.

RECREATION
Recreational activities abound in Sioux Falls, thanks to the city's system of 80 parks, many of which are based on the Big Sioux River Greenway that provides 16 miles of paved bicycle trails that circle the city. Also a regional sporting hub, Sioux Falls is host to the professional CBA basketball team, Skyforce; the Northern League baseball team, Canaries; and a professional hockey team, Stampede. The arts are prominent Sioux Falls with $32 million Washington Pavilion of Arts and Science. The Pavilion features a 1835-seat performing arts center, a domed Omni theater, a hands-on science museum for children, and an expanded display area for the Civic Fine Arts Center. The South Dakota Symphony, Community Concerts Association, Jazz & Blues Society, and numerous touring companies perform in the Pavilion. Shopping in Sioux Falls ranges from the convenience of the Empire Mall with 180 stores to the warmth of unique shops in the downtown area. There are over 400 restaurants in the city from fast food to exquisite fine dining with elegant service. 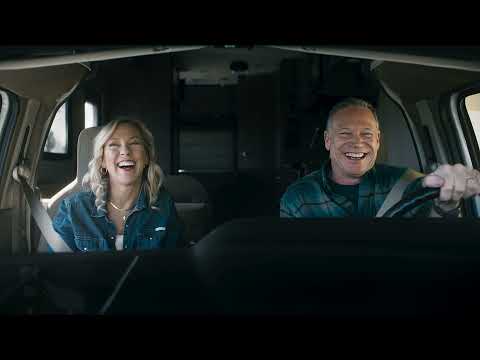 Create a free account to manage your job search and find the right practice.
Get Started
Avera
Avera Heart Hospital of South Dakota