Columbus, Indiana Offers Quality of Life
Columbus, Indiana, (population 45,000) is ranked sixth in the nation for architectural innovation and design by the American Institute of Architects, right behind Chicago, New York, San Francisco, Boston, and Washington, D.C.  Columbus has hundreds of acres in a city park system ranked number one in the country by the National Recreation and Park Association for cities the size of Columbus. Parks feature such unusual facilities as an ice skating rink, a skateboard park, an observation tower, and an ivy-covered tunnel, as well as the more typical, yet fun, activities such as fishing, walking, hiking, and biking.  Most of the downtown is listed with the National Register of Historic Places. In a highly unusual move, the even more exclusive National Historic Landmarks Program honored the city by accepting six locations simultaneously.

A Welcoming, Diverse Community
1,300 students speak 51 unique languages in our public schools.  Our Asian population is our 2nd largest resident group, with more than 3,700 persons as of 2015.  the Columbus ranks 2nd in the nation for concentration of “H1B” visas for foreign-born workers, with 14.6 per 1,000 workers.  Columbus is a leader in welcoming international companies and their employees.  We are the proud home of 21 Japanese companies, 4 German, 4 Chinese, and 1 company each from France, Switzerland, and Canada.  Combined, our international HQ’d companies employ more than 6,000 persons locally.Our total population has grown 24.3% since 1990 to an estimated 79,129 in 2012.Census figures indicate our population grew by 1,300 persons in 2012, with 48% of our new residents coming from other U.S. locations (domestic migration), 26% from international migration, and 26% from natural increase. 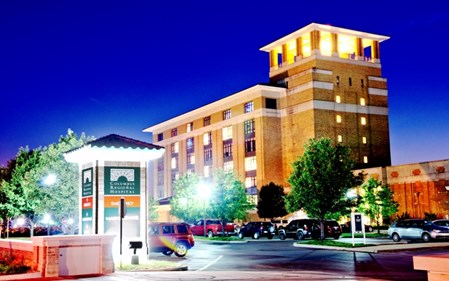 Columbus, Indiana is within one hour’s drive of Indianapolis, Cincinnati, and Louisville.
IN