A trusted leader in providing faith-based, integrated healthcare, Franciscan Health brings together the latest technology, innovative procedures and highly skilled and compassionate employees to serve our patients in Indiana, Illinois and Michigan. With a mission of "Continuing Christ's Ministry in our Franciscan Tradition," our award-winning, accredited hospitals and health facilities serve everyone with respect and compassion in a welcoming and healing environment.

Our facilities have earned Centers of Excellence designations, five-star quality awards and top rankings in our states and nationwide.  Franciscan Health Indianapolis features the only full-service heart and vascular care program on the south side of Indianapolis. Our Indianapolis hospital, just north of Greenwood, was named one of the 100 top hospitals in the United States by Truven Health Analytics.

Franciscan Health is a member of the Mishawaka, Indiana-based Franciscan Alliance, one of the largest Catholic health care systems in the Midwest with 14 growing hospitals, approximately 20,000 employees and a number of nationally recognized Centers of Health Care Excellence.

Indianapolis, Indiana’s capital city, is in the heart of it all. Whether you are looking for a quiet suburban feel or the hustle and bustle of living in downtown, Indianapolis offers an affordable cost of living with excellent school options. Indianapolis continues to grow with thriving businesses and retailers, a strong corporate base, talented workforce, robust convention/hospitality market, and a quickly-expanding residential community with a superb quality of life. Indianapolis has a large, diverse population with many cultural events and restaurants.  Indianapolis is famously associated with sporting events as it hosts two of the largest one-day sporting events in the USA: the Indianapolis 500 and the Allstate 400 at the Brickyard. It is also home to several professional sporting teams like the NBA's Pacers, the WNBA's Fever, the NFL's Colts, and the Indianapolis Indians as well as top notch sporting facilities like the Lucas Oil Stadium. 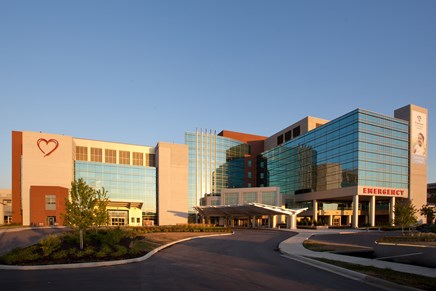