Southern Oklahoma Women's Health (SOKWH), serving Ardmore, Oklahoma and Southern Oklahoma, is an office of gynecologists, obstetricians, and certified nurse practitioners, and advance credentialed registered nurses who have one common goal: superior evidence-based medical care. Each Provider takes the steps necessary to ensure the physical, emotional, and mental health of women; no mater their stage of life.

This practice, which was established in 1995, focuses on treating women's health with respect and integrity. Ever since our doors opened we have continued to strive towards providing outstanding care. With two highly trained, well-respected gynecologists, three nurse practitioners, and two advanced practicing registered nurses; women never have to worry about quality care at Southern Oklahoma Women's Health.

Our entire practice is patient-focused because we never want you feeling like just another number. Patients are genuinely cared about, and the staff takes all precautions to ensure the most up-to-date care is available.

SOKWH utilizes the latest technologies to provide patients with a level of care unsurpassed by other facilities. We want patients to receive the best outcomes through early detection and cutting edge treatments. Our patient screening is more thorough, so issues are detected sooner, leading to better treatment outcomes. These advancements allow for better prenatal care, cancer screening, and medical therapy. SOKWH offers a wide range of services so patients can utilize the center for a majority of their healthcare needs, including: pregnancy, annual gynecological exams, hormone replacement therapy (HRT), breast cancer screenings, pap smear tests, and cosmetic remedies, to name a few.

About the Community of Ardmore, OK:

Ardmore "it's all within reach" describes the essence and vitality of a city built on big dreams, freshly blazed trails and an attitude that all things are possible. Centrally located just 90 miles from Oklahoma City and Dallas. This richly diverse city offers pristine outdoor recreational activities, arts and culture, countless luxury accommodations, world class golf, and trendy shop-ping opportunities. Discover Ardmore - a city that inspires big ideas and promises many memorable experiences. Ardmore, Oklahoma is nestled at the foot of the Arbuckle Mountains and surrounded by seven pristine lakes totaling 100,000 acres of crystal clear water, is one of Oklahoma's most unique communities. Here you can enjoy mild Winters, spectacular Springs, warm Summers and breathtaking Falls. Year-round, Ardmore, Oklahoma and the Arbuckle Mountains is the place to be!

Ardmore is a community of approximately 35,000 people, and is the center of business and trade for Southern Oklahoma. Surrounding towns and rural homes bring the total population of Carter County including Ardmore to 48,557. The cost of living in Ardmore is below the national average. Ardmore boasts an affordable community with an exceptional quality of life. In fact, Ardmore was listed as one of 50 Best Towns in America and was twice named All-American City.

One of Ardmore's attractions is the beautiful homes in a variety of settings, including large lots and acreages, numerous subdivisions and attractive neighborhoods. With diversity in architecture, lifestyle, setting and cost, Ardmore offers housing that will suit all needs. From classic, long-standing homes on tree-lined streets to modern developments, Ardmore's options include a variety from luxury, custom homes to traditional single family homes and apartments.

Ardmore's commitment to education is a key factor in making it an outstanding community. Educational offerings from kindergarten to college allow people of any age the chance to learn and succeed. The Ardmore City Schools and Plainview Schools work diligently to meet the needs of a diverse student population. Teachers and administrators provide for the needs of over 4,500 students by offering a wide variety of pro-grams in academics, fine arts, technology, and athletics.

The strength of Ardmore is displayed in the diversity of its economic structure including energy, agriculture, aviation, industry and research. Ardmore is home to world-wide energy companies such as Noble Energy. Its industrial sector includes companies like Michelin North America, whose plant in Ardmore is non-union and consistently the most productive in the system. Aviation companies that have benefited from a former Air Force base-turned-Industrial Airpark include Japan Air Lines, McDonnell Douglas, Ryder Systems and AAR. Companies like Noble Energy, Slaughter Company, etc., attract and employ professional engineers and scientists from all over the world. The Samuel Roberts Noble Foundation's 60 scientists were recruited from throughout the U.S. and 15 foreign countries. Ardmore is a progressive community where the rural work ethic combines with a quality of life that provides an excellent environment for economic development and growth. The special working relationship between the Ardmore Chamber of Commerce, the Ardmore Development Authority and the Ardmore Tourism Authority allows business and industry to grow and prosper.

Community Involvement
The key to any successful community is its people and their willingness to volunteer time and energy to the betterment of their community. Ardmore is home to more than 112 civic organizations, providing ample opportunity to serve the community in a variety of capacities. When you look around this community, it is quite evident civic life plays a vital role in Ardmore's success. The Ardmore Community Water Park, the heliport at Mercy Memorial Health Center and the addition at Central Park are all projects completed by local civic organizations. Events such as golf tournaments, tennis tournaments, ham-burger cookouts and pancake meals are annual events which raise money to aid the continuing improvement efforts of our community. Ardmore continues to prosper and grow thanks to the countless volunteer hours contributed by its citizens each year. 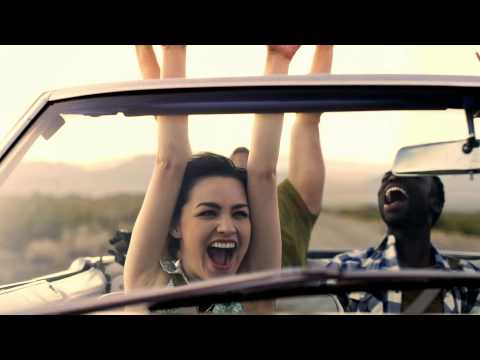