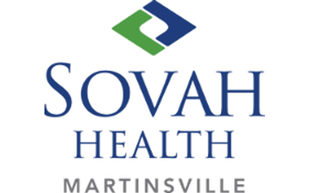 In 2014, Memorial Hospital’s Ravenel Oncology Center underwent a major renovation, which included extensive remodeling and facility upgrades. In August 2016, the Center will welcome a new $6M linear accelerator for the radiation oncology program.

Martinsville and Henry County once thrived on tobacco, furniture and textile production, but today has repositioned itself as a hub for technology development and advanced manufacturing. Residents of Martinsville and Henry County enjoy the perks of small town life including a low cost of living, with quick access to big city amenities in nearby Roanoke, Virginia and the Piedmont Triad of North Carolina.

Martinsville and Henry County is passionate about the arts. For over fifty years, the award-winning Piedmont Arts Association has brought visual arts, performing arts and arts education to the community through thought-provoking exhibitions by international, national and regional artists across seven galleries, concerts, plays, children’s performances and a full schedule of art classes for all ages.

Home to Fairy Stone State Park, Philpott Lake, and the Smith River, Martinsville and Henry County offers numerous recreational opportunities, including boating, swimming, picnicking, hiking, biking, hunting, fishing and wildlife observation. Fly fishermen and kayakers flock to the cool waters of the Smith River, this network includes a scenic blueway with 10 river access points and more than 20 miles of greenway, and is renowned for its native brown trout. The Smith River Sports Complex is a ninety acre multi-use sports complex composed of grass and synthetic fields for football, soccer, field hockey and other sports, as well as a driving range, water slide, playground, walking and hiking trails, access point to the Smith River and much more.

Martinsville is home to Nascar’s oldest and shortest track, the legendary Martinsville Speedway. Because of the track’s small size, tight corners and unique shape - often described as a paperclip - Martinsville Speedway offers some of the most exciting racing in the sport. Combining challenging golf with breathtaking scenery, the famed Highland Course at nearby Primland Resort has been ranked the #1 public course in Virginia by Golf Digest and one of the best courses to play by Golfweek. The Blue Ridge Mountains provide the backdrop for the famous Blue Ridge Parkway and offers outdoor opportunities including fishing, hiking, cycling, and camping.

Martinsville is home to one of Virginia’s most famous festivals, the Rooster Walk. The multi-day musical event is a favorite with families and music lovers alike, offering food, arts and crafts, children’s activities, camping, craft beer and wine, disc golf, more than forty bands and guided float trips on the Smith River.