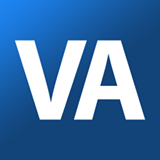 The Spokane VA Medical Center is dedicated to providing quality health care services to veterans. In carrying out this mission, the VAMC focuses on providing primary and secondary care, with emphasis on preventive health and chronic disease management.

Spokane is responsible for coordinating access to the full health care benefits package for enrolled veterans. To this end, the VAMC coordinates referrals to the VA Puget Sound Health Care System and VAMC Portland for tertiary care, as well as utilizing community health care resources.

Sharing agreements exist with the 92nd Medical Group at Fairchild Air Force Base, Indian Health Services for Native Americans, and the Idaho and Washington State Departments of Veterans Affairs for the care of state home residents in Lewiston, ID, and Spokane. The medical center also provides administrative support to the Veterans Outreach Center in Spokane at 100 N. Mullan Road, Suite 102.

Community-Based Outpatient Clinics
In addition to our main facility in Spokane, we offer services in two community-based outpatient clinics. These clinics are located in —

Spokane is the second-largest city in Washington, the largest city between Seattle and Minneapolis, and a center for both commercial and cultural pursuits. While Spokane is a very pleasant city with a beautiful park, excellent museum, a downtown historic district, great hotels, and excellent restaurants, it isn't really a tourist destination. However, its proximity to Lake Coeur d'Alene and several Idaho ski areas makes it a jumping-off point for explorations of the northern Idaho Rocky Mountains.

For thousands of years, Native Americans lived along the Spokane River, and it was at Spokane Falls that the Spokan-ee tribe congregated each year to catch salmon. When the first explorers and fur traders arrived in 1807, it was near these falls that they established a trading post where they could barter with the Native Americans for beaver pelts. Spokan House (the original spelling had no letter e), established in 1810 downriver from Spokane Falls, became the first settlement in the area, but not until 1872 was a settlement established at the falls themselves. When the Northern Pacific Railroad arrived in 1881, the town of Spokan Falls became the most important town in the region. However, in the summer of 1889, the city's downtown commercial district was destroyed by fire. Within 2 years, the city had fully recovered from the fire and also changed the spelling of its name.

Today, the Spokane River is still this city's greatest asset. Along the river you'll find numerous parks and a paved hiking/biking trail. The falls themselves are an impressive sight, despite being hemmed in by industrial buildings, and only a few miles from downtown, the Spokane River still looks wild and untamed.