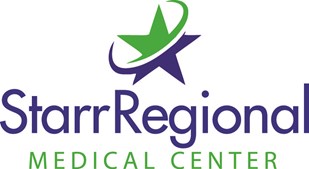 Starr Regional Medical Center is a comprehensive medical center serving the southeast Tennessee Region with campuses in Athens and Etowah. Located halfway between Knoxville and Chattanooga, Athens is home to approximately 13,000 residents and serves as the county seat of McMinn County.

Located in Athens, Tenn., Starr Regional Medical Center’s Athens campus is licensed for 112 beds and has four medical office buildings on campus providing many primary care and specialists in a convenient medical community. In addition, there is a joint ownership agreement between Starr Regional and Athens Surgery Center further expanding the services offered to residents in the community. Starr Regional also has a campus in Etowah, Tenn., a short, ten-mile drive from the Athens location.

Starr Regional is fully accredited by The Joint Commission and is also a designated Chest Pain Center by the Society of Cardiovascular Patient Care, the accrediting arm of the American College of Cardiology. In addition to the acute care services offered within the hospital’s main building, off campus services include neurology, orthopedic surgeons, a comprehensive breast center, oncology, diagnostic sleep center and many primary care and women’s health professionals.

Education is important to the community, and there are three school systems which operate in McMinn County. For children who live in the city limits of Athens, the Athens City School system offers award-winning educational opportunities. There are five schools in the city school system: two primary schools for kindergarten through second grade, two intermediate schools for grades three through five and one middle school for grades six through eight. The McMinn County School System includes seven elementary schools, two high schools and a vocational school; this system serves approximately 5,800 students. Etowah City’s system has a K-8 school with almost 400 students served. Private education is also an option with a few private, primary schools. In addition, McMinn County is home to Tennessee Wesleyan College, a private, liberal arts college with campuses in Athens, Cleveland and Knoxville. Cleveland State Community College also has an Athens site, as does the Tennessee College of Applied Technology.