Three surgeons - Dr. William A. Neill, Dr. James Magoun, and Dr. Kinsey Renshaw - came together in 1926 to form the nucleus of what was to become the Toledo Clinic.

Encouraged by a fellow medical officer aboard the World War I Hospital Ship USS Mercy, Dr. Neill took up practice in Toledo in 1920. Soon Dr. Neill was joined by Drs. Magoun and Renshaw whose partnership practice was located in adjacent offices to his.

Within a few years, Dr. Harland F. Howe, an internist; and Dr. Arthur Patrick Rideout James, a dermatologist; joined the three men. The desire to compete with a local hospital offering a complete physical examination for $25.00, served as the energizing force for the five men to form a medical organization to provide a similar competitive service.

The advent of the depression offered the group the opportunity to relocate their growing practice from a building on Collingwood Boulevard and Delaware Avenue to a large private residence nicknamed, "The Mansion", on Collingwood and West Woodruff Avenue. The size of their new quarters, combined with the ever increasing popularity of their practice, at last allowed for further expansion and soon they were joined by Dr. Carl Bayha, an internist and neurologist; Dr. George Bond, an otolaryngologist; Dr. Dudley Stewart, an orthopedist; and Dr. Walter Snyder, an ophthalmologist. Shortly thereafter, Dr. Howard Martin, an orthopedist whose interest was industrial surgery began practice with the group.

Soon every available corner of the once elegant home was being used. The former kitchen of the house became the clinical laboratory. The garage became the "annex". On its first floor were located the surgical department (including an operating room) and the diagnostic radiology department, under the direction of the newly affiliated Dr. Willis Peck. As the Clinic continued to grow, a new three-story wing was added in 1950, and in 1955, the carriage house on the property was remodeled to make room for additional doctors' offices. Two years later, the adjoining residence was purchased and served as the administrative offices. At the same time, the Clinic installed its first Cobalt unit.

By 1969, the medical staff had grown to twenty-eight doctors, and the group again began to feel the need to expand. After much deliberation, the group decided that their best course of action was to relocate to a new clinic facility, one that would be accessible to hospitals, convenient for patients, and would provide room for possible further expansion.

In July of 1969, ground was broken for the new building located on Secor Road. Slightly more than a year later on November 2, 1970, the new Toledo Clinic opened its doors to patients. The previous property occupied by the Clinic for 41 years has been donated to the Lucas County Board of Mental Retardation and has been renamed the William A. Neill Center for Developmental Disabilities.

Currently the Secor Road campus now consists of three buildings and includes several ancillary services including radiology, pharmacy, laboratory, pathology and physical therapy. In 1984, an Outpatient Surgery Center was established.  Recently, our Outpatient Surgery Center has undergone a major renovation increasing its size from approximately 26,000 sq. ft to 35,500 sq. ft and expanding from 6 to 10 operating/procedure rooms.

The Toledo Clinic has also made a commitment to patient health and care by adding an Electronic Health Records system. Today, the EHR system allows any physician within the organization to access a patient’s medical record from The Toledo Clinic, labs in most of the major local hospitals and imaging studies at most provider locations. The system also allows providers to deliver same day test results, in some occasions.

The Toledo Clinic currently has over 160 independent physicians and associated health care professionals practicing in more than 30 medical and surgical specialties on the Main Campus location and in satellite offices serving patients as far south as Bowling Green, OH, as far east as Fremont, OH and as far west as Defiance, OH. Our service area also reaches as north in to Monroe and Adrian, MI. 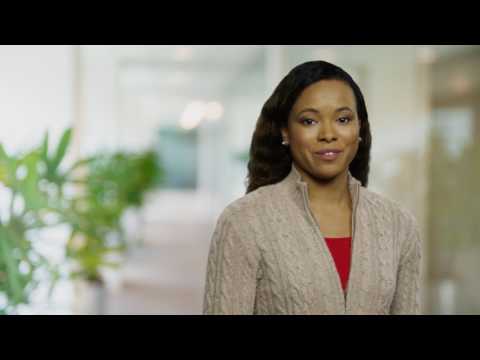