Wooster Community Hospital began in 1944 when the City of Wooster started planning for a health care facility and its financing. At that time, it was determined that the City alone could not support the project. An agreement was made between the City and six townships composed of Chester, Clinton, East Union, Franklin, Wayne, and Wooster banding together as a Joint Hospital District to construct a municipal hospital. Wooster Community Hospital has the distinction of being the first hospital in the State of Ohio to be built through the support of a City and a Joint Township Hospital District.

The hospital, originally designed to serve 65 patients, opened its doors to receive its first patients on March 21, 1950. Since then expansion has taken place. In 1955 and 1958 additions were made to the second-floor north and south wings and to the middle wing where a pediatrics unit was added. In June of 1971 the contemporary four floor east wing was built onto the back of the original building.

In 1998, the hospital purchased an existing professional office building on Milltown Road which houses a WCH Service Center with laboratory, radiology and registration services as well as leased doctor’s office space. A major construction project was completed in 1999 that provided a new surgery and ambulatory care center on ground floor to enhance customer convenience. A registration area, visitor entrance, lobby and surgery waiting room was also created at that time. Later that year, an adjoining medical office building was constructed to occupy a number of physician practices on-campus.

In the Spring of 2003, the newly constructed HealthPoint Facility, adjacent to the Milltown Professional Building, off of Friendsville Road was opened for business. This building incorporates the existing rehabilitative services of Physical Therapy, Occupational Therapy and Speech Therapy along with a host of new specialty services including Exercise Science, Nutrition, Aquatic Therapy, Strength & Conditioning, Massotherapy and Sports Specific Training. Bone Densitometry and Digital Mammography services have been included at HealthPoint.

A remodeling and expanded Emergency Room services project was completed in September of 2005. This included increasing bed capacity from 14 to 20 beds and introduced the minor medical treatment option as well as traditional emergency services.

A new 2-story wing attached to the East end of the Hospital, was completed in August of 2006. OB patients from the 4th floor were moved to the new Women’s Pavilion on the Ground Floor and Telemetry patients from 2 South moved to the Progressive Care Unit on the 1st Floor. This new construction provided a beautiful, contemporary, patient environment with private room accommodations.

The new year, 2007, started with the opening of a 10 bed, ODH approved, in-patient rehabilitation unit located on the nicely re-modeled 4th floor. This progressive new service combines excellent nursing and intensive therapy services with the goal of helping patients transition back to regular living as quickly as possible. Conditions often requiring rehabilitation include: stroke, orthopedic surgery, neurological disorders and arthritis. The following year the unit expanded to 12 beds.

July, 2010, was indeed an exciting time. The new East patient tower, started in 2006 with the Women’s Pavilion and Progressive Care Unit, was now complete with 2 additional patient floors. Med/Surg- 2 contained the traditional med/surg patient plus pediatrics, while Med/Surg-3 included the Joint Center. WCH staff and patients alike were delighted with the contemporary, spacious accommodations.

December, 2016 was another monumental time for our hospital as we were able to start performing angioplasty and stenting on patients in our newly remodeled heart center called The Cardiovascular Institute. We added two new catheterization labs to be able to perform these procedures so when a patient came in having a heart attack we would no longer have to transfer them out to be treated.

Construction on the north wing, Outpatient Pavilion, began in April of 2016 and was completed in November of 2017. The Outpatient Pavilion features a wide array of oncology services under one roof, including the Wooster Cancer Care practice. In addition, the ground floor features private and semi-private wellness bays (infusion suites) with a healing garden view, linear accelerator (radiation therapy), and oncology specialized services including: CT scan, lab, and a customization mixture pharmacy specific to chemotherapy treatments. The first floor of our Outpatient Pavilion includes physician office suites. Pulmonary Medicine of Wooster was the first to move into the new space and began seeing patients there in December of 2017.

It is our goal and continuing commitment to remain a progressive, dynamic institution that provides the best possible health care to the people we serve. As we look toward the future we share an excitement over the potential that exists for ongoing growth and development.

The City of Wooster
Wooster / w st r/ is a city in the U.S. state of Ohio and the county seat of Wayne County. The municipality is located in northeastern Ohio approximately 50 mi (80 km) SSW of Cleveland and 35 mi (56 km) SW of Akron and 97 miles/1 hour & 30 minutes North of Columbus. Current Population: 27,000. The city is the largest in Wayne County, 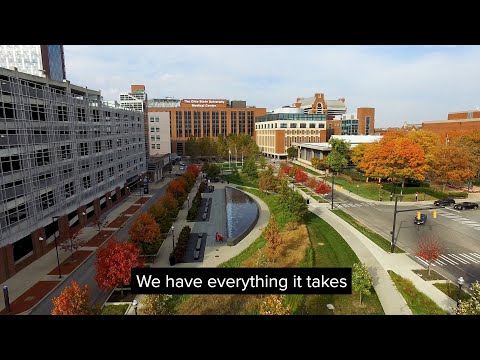