We pride ourselves in the values of: Patient Satisfaction, Positive Employee Culture, Integrity, Honesty, Respect, Teamwork, Excellence, and Valuing Diversity.

Some would ask why we fought to bring the latest cardiac medical advances to this small rural community, when patients could travel two or three hours to receive care in larger metropolitan areas.  The answer is simple—our patients and their families are here.  We know that patients are more successful when the care they need is close at hand, support is all around them, and they are comfortable and familiar with the physicians providing their care.  Since the beginning, our focus has been on how we can improve the lives of our patients.

We’ve also been asked why our physicians, trained at the top medical schools in the country, would choose to dedicate their careers in Yakima.  Again the answer is very simple.  We chose Yakima for the quality of life, the quality of the community and the opportunity to build a cardiac program that has direct benefits to those around us.  Our physicians could have practiced in large, renowned training hospitals, where patients are a number—we chose to know our patients by name.

The Yakima Heart Center has pioneered cardiovascular care in the Central Washington since the late 1960s.  For nearly 40 years, we were the only cardiovascular practice in the Yakima Valley, which led to cooperation within the medical community and the rapid advancement of cardiac care for our patients.  The standard of care, continual reduction in mortality rates, and improvement of quality of life for patients with cardiovascular disease—in a community the size of Yakima—is due in large part to the innovation and dedication of our physicians.  Below are a few contributions the Yakima Heart Center has made in bringing advanced cardiac medicine to the Yakima Valley. 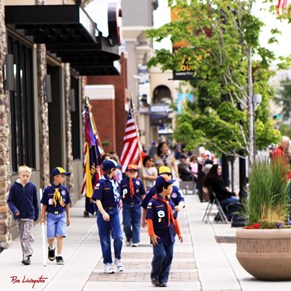